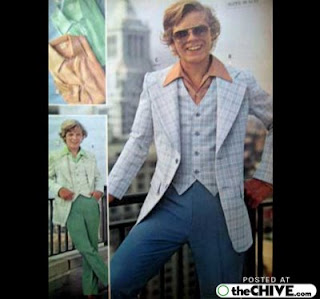 Hey remember when Matt was saved last week?  It's top 7 again and I feel like everything is moving very fast this week, so be prepared to keep up.

Lil's up first with "I'm Every Woman" also known as "that other song that Whitney Houston's covered".  So this is really a Whitney song, not a Chaka Kahn song as lying Seacrest would have us believe and she's not stunning.  It was generic and I think Simon will say so.  Randy says she can "definitely sing" (no crap, she made the top 7) and Kara says it "wasn't worth the wait".  More talk about artists and man, Lil looks like a lost puppy.  Paula says something about "inner goddess" (I'm already lost).  Simon says "it's the last week".  And there's nothing left to say.  Lil's biggest problem is that she's turned into Fantasia.  Also, I call "disco week fail" seeing as that wasn't really a "disco" song.  In fact, according to wikipedia, it's more "funk".

Kris Allen is singing "She Works Hard for the Money"...oh boy.  He's literally 2 bars into it, and I already know he's Jason Mraz'd the crap out of this thing.  And that's actually an ok thing.  I'll go on record as saying that at least Kris has changed things up in a good way more often than any of the other contestants.  I don't know if it's original, but at least it's successful.  Kara says his name 4 times and it's because no one cares what she has to say.  Paula blathers about "shopping in women's" and Kris looks like he would rather be anywhere other than standing onstage trying to sort out Paula.  Simon and Randy love him too.  And that smile is seriously enough to well, I'll let you fill in whatever that smile would make a person do.

Danny Gokey...ugh...Earth Wind and Fire "September", such a Gokey pick.  Why is Paula standing up?!  There is something so totally cheese about Gokey now.  I feel like the midnight buffet is about to be served on my Carnival cruise line vacation.  Kara says that Gokey doesn't get credit for something, which I refuse to believe, but his pitch is always on target. whoopeee.   Paula think his voice is "sexy".

Allison Iraheta- "Hot Stuff" man this chick literally just wails on the microphone.  There's not much more I can say, I think she's awesome.  The first three judges twitter on about "arrangement" but Simon says it was "brilliant".

Man oh man, you heard it here first, Matthew Morrison is going to be on the lips of every woman across the country after "Glee" premieres, and he totally deserves it.  He's worked his butt off on Broadway for long enough.

Adam Lambert-"If I can't have You" the sloooooowwww version.  But, for me, it was good Adam, with as limited yeowling as possible.  Randy's verdict "he's the hot one".  Kara's thinking "brilliant".  Paula looks like she's going to cry and she's saying it's like he "tore his heart out and left it on the stage" and something about pain and vulnerability at which point, Simon, and myself, burst out.  Simon thinks the lyrics were immaculate.  Oh god, Seacrest literally just said "pool of Abdul" only one word comes to  mind and that's "grooooooossss".

Matt Giraud "Staying Alive"  I'm not gonna lie, I kind of wish that he went home last week right about now.  After seeing Adam and Allison and Kris, Matt just isn't cut from the same cloth as my Grandma would say.  I won't even use the pun that goes along with the song.  Randy also thinks that Matt can "sing".  great.  Let's hear what Simon says.  He didn't like it because it wasn't great.  Randy totally lied by the way when he said this group was one of the best groups of 7 in the history of Idol.  Last year's was an amazing amount better, with the exception of Kristy Lee Cook.

Anoop Desai "Dim All the Lights"  He's looking good with the 5 o'clock shadow, well he's looking all sorts of good anyway.  Randy "you can sing", again, for like 4th time tonight.  Paula also has some helpful singing advice "real men can wear pink".  Simon "mediocre" "horrible".  I like how to top all that off Seacrest comes in and says "also looking a little Groucho Marx with the eyebrows".  Thanks.  what a tool.  Don't worry Anoop, this is coming from the man who has literally tanned and plucked so much he's turned into the human version of poultry, or at least has the early stages of GHD (George Hamilton Disease, for those who don't know) and I think we all know where that ends.  Click on this if you want to see where I'm guessing Seacrest is headed to.
American Idol Season 8