I've been lazy.  That's the truth: I've been lazy in chronicling the World Cup.  I was going to keep up match by match or at least day by day, but that hasn't been the case.  What has since happened is that we are halfway through the round of 16 and some extremely exciting moments have happened, and all has been neglected on this blog.  Not that there haven't been plenty of other blogs that have been updating you an a minute-by-minute basis, in case you were really wondering what was going on.  I digress.  This post is going to be a kind of "in Memoriam" to all of the athletes who have bid adieu to the World Cup so far, and for some of these guys, the exit has been oh-so-sweet for me.  For the remaining teams, I still have hope that Brazil won't take the whole thing.


South Africa and France:
This wasn't really a pretty group to watch.  Uruguay and Mexico prevailed, but France didn't even put up a fight.  They looked horrendous for their entire three matches, resembling more that poor straggling character that's always left at the end of a horror movie, you know the character that you know right after the end of the movie is probably never going to make it into town and is going to bite the big one sooner rather than later, rather than the team that took the whole thing in 1998 or even the team that made it to the finals in 2006.  The fact is, they didn't deserve to be there, they knew it and everyone else knew it.  So after 3 terrible matches in Group play, it is indeed Au Revoir to the French.  In fact, they played so badly I can't even bring myself to put up a photo of anyone on their squad.
As for South Africa, it's a slightly different story.  This is a country that just ended apartheid 20 years ago, a country who just had democratic elections 16 years ago, and a country that, by most accounts has been a great host nation so far.  They were the underdogs by most accounts, but the kind of story that you wish could have had a happy ending.  After Siphiwe Tshabalala's fantastic first goal of the World Cup things looked hopeful, but it was not to be for Bafana Bafana (The Boys).  But since they put up a much braver effort than the noodely French, they at least get a photo of recognition as being part of the MOWC.
That's Aaron Mokoena (captain) 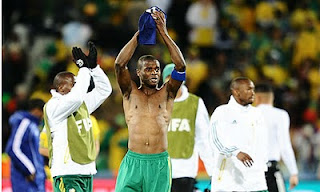 Group B Ejects:
Greece and Nigeria (Group Play)
South Korea (Round of 16)
I was admittedly less interested in Group B as I figured that Argentina would walk away with it and they have.  I'm not certain there were any truly memorable moments in this group that had to do with any of these three teams, so Out of Sight, Out of Mind unfortunately.
So it is goodbye to 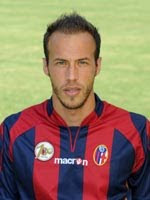 John Utaka
Group C Ejects:
Slovenia and Algeria (Group Play)
US and England (Round of 16)
While it could easily be argued that this was one of the more exciting groups, perhaps even more exciting than the Group of Death (melodramatic much?)  None of these teams will be making it to the quarterfinals, sadly.  It could also be easily argued that terrible officiating and refs paid by Latin American nations and/or FIFA could be to blame for this, but I'll let my conspiracy theories rest at that.
Slovenia and Algeria both exited earlier, to the relief of many, and in all honesty, I'm saving my photo picks of this round for the US.  Sadly, England was lacking in both skill and photogeneticism this time.  I originally got into soccer due to one Michael Owen, but his best performance was in 1998 and although David Beckham may have a heck of a time staying healthy, well at least when he's getting PAID to stay on the field, he sure does fill out a 3-piece suit nicely.  So my England picks for MOWC are old school:
Michael Owen

and
David Beckham (and I don't want to hear any complaints about the fact that he's in a 3-piece suit.  I'm a classy blog people, I leave the other stuff to other blogs, which you can easily find on the internet if you put "David Beckham shirtless into Google Image search) 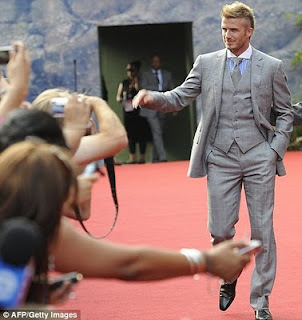 While I have 4 picks for US MOWC:
Clint Dempsey:  I'm not sure which is better his strike or his scruff 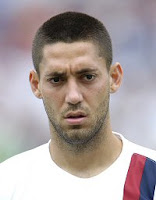 Tim Howard:Because being skilled at using your hands is ...a bonus

Michael Bradley:I just like his style, and any guy who can be the coach's son but prove that he deserves to be there, is kind of great

and I practically have to pick Landon Donovan.  It would be almost unpatriotic not to. 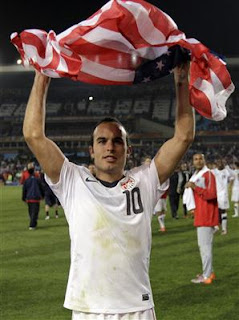 Group D ejects:
Australia and Serbia
While Germany surprised many while thumping Australia 4-0 in the first game of the Group D round of play, it wasn't an entirely runaway group to watch, but like Group B, after that first game, there were little surprises in this group with Ghana and Germany both moving on to the quarter finals.
And so it is that we'll no longer see:
Dejan Stankovich 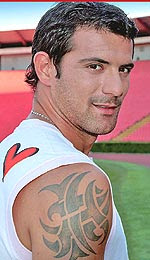 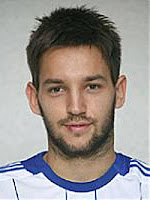 And must also say farewell to the super hot Socceroos which include Lucas Neill, Tim Cahill and Brett Emerton: 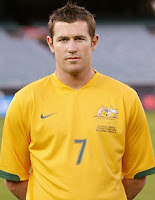 This post has already gone on for long enough, but believe it or not, there are still 4 more groups to recap.  I'll hopfeully be back tomorrow night with a little extra hotness, but not too much, since I don't have air conditioning and my fan is eating up the electric bill already, thanks humidity!  And also, just a reminder, if you're listening to ESPN Radio for the matches, support Ross Dyer who has a perfect British accent and says amazing words that you'll want to use over and over again, and you can do your best to ignore his partner, Shep Messing, who, well, you can make your own decisions about Shep: 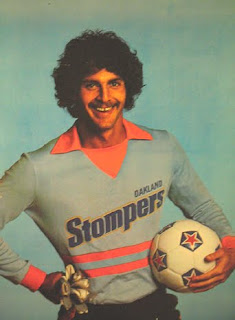