- June 28, 2010
So it's another night, it was another day of matches, but there weren't quite as many surprises as there had been or could have been.  So it's a continuation of the ejected teams in the fondest farewell that I can give, in my humble blog style.


It was never going to be an easy road for any of these teams, being placed in the same group as the Netherlands, a seeming perennial underdog favorite.  Still coming in as a favorite, the Netherlands walked through all of their games achieving a win every time.  With that being said, it's time to say goodbye to: 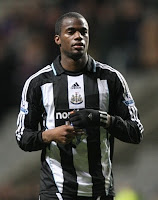 Stunning many, the defending World Cup champions, Italy, got the boot in the first round thanks to some surprising play from Slovakia.  New Zealand, also surprised many, somewhat unfairly exiting the tournament without actually ever losing one of their group play matches.  One of the sportscasters said it best when they said that Italy came in old and tired and played old and tired.  Despite last moment heroics that tied their game against Slovakia, they didn't deserve to win and didn't deserve to move on, and in a weird twist of Karma, they didn't.  They won't be getting any photos up on here.  I'm afraid this round belongs entirely to New Zealand, so to the Kiwis who won't get to perform Haka in South Africa anymore: 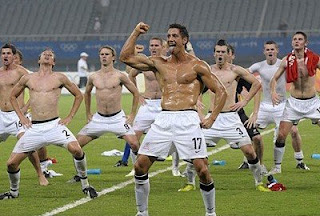 Group G ejects:
Ivory Coast & North Korea (group play)
In an attempt to make the World Cup even more dramatic, this group was dubbed the Group of Death.  Yes, the group of death, why?!  Because almighty Brazil (yech..) and overly self-confident Portugal helm this group, and everything turned out just the way you thought it would.  Brazil and Portugal moved on, leaving Ivory Coast and North Korea sorely behind.  In all reality, North Korea got their spikes handed to them in an unsportsmanlike fashion by a seemingly raging Portugal when they got beat 7-0.  Unfortunately, Portugal is actually quite full of hotties, but I'll wait until they get eliminated to pay "homage" to them, if that's what recognizing hotness and not substance should be called.  For North Korea, I'm not sure I can put up photos for a team that lets Christiano Ronaldo's reputation trounce all over them.  So it's goodbye to Ivory Coast
Boubacar Barry (mostly because he's a goalkeeper and that's a fantastic name!) 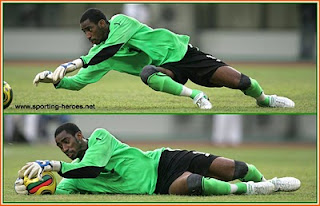 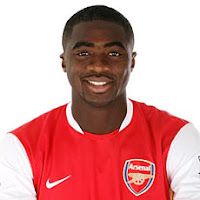 Group H ejects:
Switzerland & Honduras (group play)
Chile (Round of 16)
While delivering a shock to favorites Spain in the first game of round play, Switzerland just couldn't follow through with an upset.  Honduras didn't really stand much of a chance in this group either, and predictably, they were the first out.  Chile was playing surprisingly well and some thought that they actually presented a decent threat to Brazil, but it wasn't to be.  2 South American teams are now out, as well as Swizterland, so in the hopes of being neutral (and still lazy) it's goodbye to these 3 teams:
Honduras: 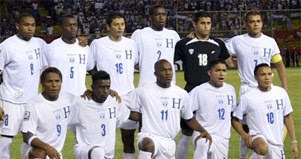 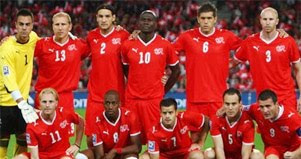 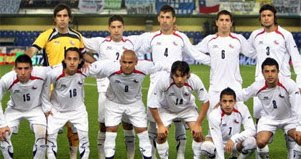 Back as soon as I can with an update on the end of the Round of 16 and beginning of the quarterfinals!