- July 15, 2010
In a weird twist of coincidence/happenstance, I found an interesting connection surrounding one of the most hotly contested casting decisions in very recent memory.  In case you haven't heard or read, the talented (and super-British-hot) Andrew Garfield is taking over for Toby Maguire as Peter Parker.  In case you also didn't know, a very talented (and super-hilariously-adorable) Donald Glover had also been throwing his hat in the ring as a possible contender, which set off a whole "Why couldn't Peter Parker be black?" casting battle.  While things were looking good for Glove for a while, Garfield's quick-as-a-flash decision happened and that was the end of that.  However, in digging around today, I found a quick connection between both Glover and Garfield.  Each has appeared as a model for the clothing line Band of Outsiders.

I'm wondering if Glover was getting so much attention that the casting directors were scouring the internet, stumbled upon this website and then found Garfield.  Just throwing out a scenario.

Either way, the clothes are great, the photos are throwback 70's washed-out fantastic, especially if you're a fan of Hollywood, and so I thought I'd put up a quick post.


Here are a couple of photos: 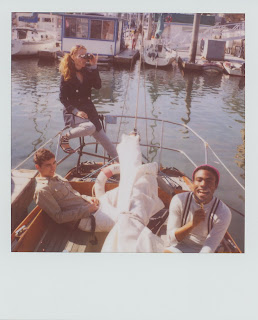 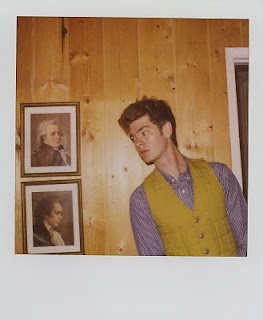 And the rest of the photos/clothing can be found here: