- July 15, 2010
I would like to make this a more regular part of this blog, but up until now, I'd never found two people as worthy of being separated at birth, and also there are probably at least 10 other blogs out there that do the same thing.  But here you go: 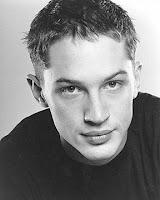 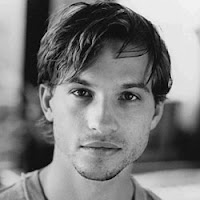 In case you're wondering, on the left is Logan Marshall-Green who will be starring in the upcoming M. Night Shamaylan produced Devil, the trailer for which can be seen here:

While on the right is Tom Hardy, who I'm sure I've discussed before. You might have seen him in Bronson last year, but more likely you've seen him in Layer Cake or Rocknrolla. He'll also be appearing tomorrow in theaters across the country in Inception, Christopher Nolan's latest gift to cinema, at least that's what I'm hoping it will be. You can catch the trailer here, but why not just shell out the 7.50 to see that face on the big screen? I mean there's a reason I still hold down a job, and pretty much all that my income covers right now is rent, electic, cable and movie tickets for movies with men like this in them.