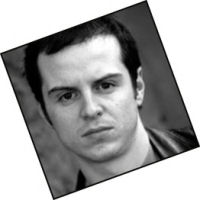 What is it about females, myself included, that makes us always love a good bad boy.  In obvious moments, they're the bad boys who secretly have a heart of gold; you know, the ones you eventually change through the deepest, most connecting love two people can ever experience (i.e. the bad boys that don't really exist). And then there are the really bad boys, or bad men, however you prefer to look at it.  "Bad boys", like all things put in their least mature state, makes one sound approachable, malleable and innocent whereas "bad men" sound like the kind of guys you send up the river to Sing-Sing, but you can choose whichever phrase you like, I leave it to your discretion.  Either way, the ones I'm talking about in this particular blog are very much the bad boys who cannot change, and who, deep down in that subconscious that Freud loved so much, you wouldn't want to change, because you like the villainy, at least from a distance.
All of this is brought on by my increasing obsession with "Sherlock", the BBC/PBS series that aired the previous three weeks.  Initially, I blanched at the idea of a "re-invented" Sherlock.  But leave it to the British to do it right.  Perfect casting, smart, incisive and cutting writing, and a slick production have made this series one whose return I will anxiously anticipate.
However, it was not until this last episode where Sherlock meets his ultimate nemesis, Moriarty.  Modern Moriarty is Jim Moriarty.  When people have problems they can't solve civilly and prefer a more criminal method but are afraid of really getting their hands dirty, they call Jim; or as Sherlock says, he's a "consulting criminal".  The master of all masterminds.  And in this instance, he's everything you hope a bad boy would be.
Portrayed by Andrew Scott, Moriarty is self-assured, handsome, intelligent, scheming, and worst (or perhaps best)  of all, he just seems to  really get a kick out of being bad; indeed a deadly combination.  In the final moments of this last installment of "Sherlock", The Great Game, it's Moriarty's almost blinding charisma that you can't look away from.  Bravo to Scott, Martin Freeman (John Watson) and Benedict Cumberbatch (Sherlock Holmes) for all playing this scene to perfection.  For all of it's modern-day updates and real-life feel, this last scene reminds you that it is indeed fiction that you're watching, as Scott brings Moriarty to a villainous crescendo, stopping just short of a cackle.  He'd almost be delightful, if he wasn't so deadly.  It felt a bit like watching Heath Ledger's portrayal of the Joker, another villain in the same vein: the arch-enemy of everything our hero stands for, and yet, the amount of characteristics our hero and villain have in common far outweigh their differences.  That's perhaps the ultimate beauty of the villain, he could be the hero, if he wanted to, but really, who wants to be good when it's much more fun being bad?

Move over Aidan Turner, there's a new Irish bad boy who's quickly moving up my crush-o-meter.  Dear BBC, please make another series of Sherlock quickly, I could use a little more Moriarty in my life.  A little more Sherlock and Watson banter too!
andrew scott Sherlock villains