- July 27, 2011
When it comes to comic book adaptations, on more than one occasion I've been known to utter the phrase "I just don't get what the big deal is about them."  I almost always enjoy them (with a few notable exceptions) but I'm at a distinct disadvantage since I'm usually unfamiliar with the source material.  Neither comics nor graphic novels were my geek buttons to push (at least not in the past) so beyond an "oh yeah I've heard of that guy" for the lesser known or "well, yeah, duh of course" for the high rollers, you know your Batmans and Supermans and Spider Mans of the world, I paid them about as much attention as any of your average popcorn movies. 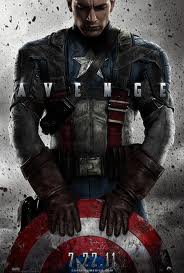