- February 14, 2012
It's hard to ignore Valentine's Day.  If you struggle against it, you just seem foolish and sad, another member on Team Bitterness.  Ultimately whether you have a Valentine or not, it's easier to just go with the flow, acknowledge the holiday and recognize that, for at least one day a year, you can believe in the fake kind of love that books and movies promote.  As I usually choose to live in an imaginary world where that kind of love is possible, I went ahead and compiled a list of my favorite fictional characters, who I'd totally date, and what they would probably give me on the Hallmarkiest holiday of them all.  Best enjoyed while chewing one of those Russell Stover caramel chocolates for like 25 minutes, or until you just decide to give up and swallow the caramel glob whole. 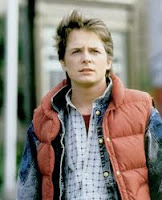 Why:  Because he has a time machine people.  A time machine!  Plus the coolest Nike kicks to ever be worn, he could totally rock an orange vest, does everything to save the people he cares about AND is going to be a super huge rock star one day!  What's not to love?
Gift:  Marty would most likely give me some hand me down jewelry that he stole from his mom's jewelry box when he visited her in high school.  Which will be weird when he tells me the whole story. Either the jewelry or a bunch of garbage to feed to the flux capacitor.  I mean we have to have a way to get home after he takes me on our Valentine's date to 1810 so I can have dinner with Jane Austen.  Again people, he has a time machine.

Why:  Because he can solve anything.  This will also be pretty much the instantaneous destruction of our relationship.  I'll think his arrogance is just a self-protective layer and that underneath it all he isn't really conceited, and that I can change him.  He'll forget my name when he's working on cases and I'll find it charming, until he tries out his latest "remedy" on my puppy.  Then I'll be out.  Still, if he looks like Benedict Cumberbatch, it's going to be really hard to say goodbye.
Gift: Mr. Holmes, as he would require me to call him at all times, will of course, forget it's Valentine's day, take me out to dinner without a reservation, see no need to wait and will only pay attention to me once I've been kidnapped by Moriarty.  It's a dangerous life, but some girl has to (vicariously) live it.

Why: Because I always go for the sidekick.  Ron's funny, at least as intelligent as necessary, and let's face it, basically gives off the "You make me want to be a better man" vibe.  And what girl can't resist a ginger who'll always come back for you?  Oh, and he seems to work out.
Gift:  It's time to face facts.  Ron's also probably on the low end of the pay scale and he doesn't seem to know much about giving gifts.  I'm getting a knitted tea cozy, probably with my initials on it. Probably made by his mom.

Why:  In the most appropriate way possible, I'll simply ask "Why Not?" He's a bad boy who (we're pretty sure) shoots first and asks questions later.  Sure his bravado is kind of annoying, but he makes space vests look good and yeah, I'll admit it, I like that I'm probably a little bit smarter than him.
Gift: Something stolen...or won in a poker game.  Like I need another trip to the underwater Gungan casino! Also, Han will probably spend the day away on a smuggling mission and when he gets home, I'll have to cook dinner for him AND Chewie...do you know how much a Wookie eats?!

Why:  He's the wounded soul who's also pretty hot, knows how to wield a sword, makes boiled leather look awesome and can legitimately use the word "pelt" when referencing his wardrobe.  Oh also, he has a direwolf.
Gift: Well since he lives at the wall, there's not a lot of chance to get anything fancy.  Probably homemade coupons for things like "a ranging trip", "a romantic evening stroll on the wall", and "sword lessons" which could either be useful or...well, I'll stop there.

Why:  He's a totally adorable geek. Everything about him is intelligent (don't forget he went to Stamford kids) honest and he has some pretty great pop culture references.  I should also remember to mention that he's a spy and spies are inherently more awesome than regular people.
Gift:  He'd probably go all out.  The surprise flowers at work, the overly large stuffed animal, candles at dinner, even if the dinner is Marie Calendar's pot pies.

Why:  When you make archaeology look that good, well, you win at life. The whip, the hat, the traveling, I mean, even if I do get stuck in a basket or dropped in a snake pit, it's guaranteed to be more exciting than what a normal Wednesday is for me.
Gift: The Cross of Coronado.  Ok, ok, I have to give it back to the museum the next day, but I get to wear it for a little while.  Gold and rubies are totally my colors!

Why: Because he's Lloyd E-ffing Dobler, and you're a lying liar who lied if you say that someone playing Peter Gabriel's "In Your Eyes" didn't mess you up for good as a teenager.  He's vulnerable, honest, has great taste in music and his crazy kickboxing skills will protect you no matter where you are.
Gift: Remember that bracelet I saw back in September that I said reminded me of the one my grandmother owned?  He bought it that day and he's been holding on to it for this day, and he had it engraved.  There's also a mix tape...wait, 2 mix tapes. 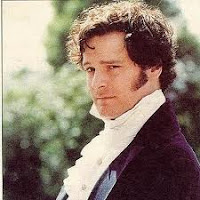 Why: Because he doesn't just ask women to marry him once, he asks twice.  He goes against his hateful stuck-up aunt, and makes his own decisions.  He's a man dammit!  He protects not just his family, but anyone even remotely related to people he cares about.  And he owns pretty much an entire town in England.  He owns the pond he fishes on, for crying out loud.  He's also BRITISH, not just british, but BRITISH
Gift: Whatever I want.  I'll probably only ask for a quiet dinner in the drawing room and for Georgiana to hang out in the other wing of the house for the evening, but it's nice knowing that if I said, I think I'd like to own a nice little hat shop in town, he could make it happen. 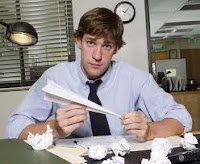 Why: Because Jim, is kind of the best.  He pines, he gets emotional, he lays it on the line, and he doesn't give up.  He knows when its right.  He's also hilarious and kind and has really, really great hair and wonderful, expressive eyebrows.  It's nice knowing what someone's thinking just because of a look.
Gift: Now that I think about it, Jim and Lloyd Dobler are kind of the same.  I'm probably getting a new pair of earrings that are just like my favorite ones that I unfortunately had lost one of 8 months ago and he remembered, and an Ipod nano filled with my favorite songs.

Why:  Because you never, ever, ever forget your first fake love and my first fake love was most definitely Mr. Witter from the Creek.  Dawson could never hold a candle to Pacey.  If you say you don't like a bad boy with a heart of gold you're also fibber from Fibbingtown and should start telling the truth immediately.  The only thing more appealing than a man who can only be tamed by true love is a man who can only be tamed by true love holding a puppy, or helping a crying child put on a Hello Kitty band-aid.  He's just the right amount of confident, he doesn't pull punches, but he certainly can throw them (only to protect his lady love of course) and he buys you a WALL when you say, "I think I'd like to start painting".  It doesn't hurt that he grows up to be Peter Bishop who can literally break apart and reconnect universes.
Gift: Like Jim and Lloyd, Pacey also remembers everything, so I'm probably finally getting those expensive camera lenses I drooled over 5 months ago.  And a dinner cooked by him, and a night on the couch with my favorite movies.  Like I said, he's kind of perfect. That's why he's number one.