Showing posts from January, 2020
Show all

Everything We Need: Chapter 3 - Take Shelter 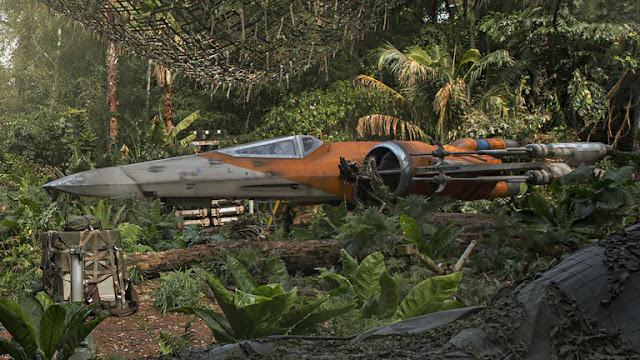 Once back at their camp, Rey could see that Poe was awake too. And he was deep in conversation with Finn. They heard her approach once she reached the edge of the camp, and they both looked up at her at the same time.

“Rough night?” Poe asked, not sounding concerned so much as just needing to hear the truth.

“Yes, in fact, it was the worst one in a while,” Rey admitted.

Once Poe was sure Rey wasn't going to lie, though come to think of it, Rey was a surprisingly bad liar for someone with more Jedi mind tricks than she let on, Poe softened.

“Well, what happened? Why were you coming from Maz’s?” he asked, this time genuinely interested.Rey looked at BB-8.

“I see you told them where I was going.” Rey looked down at the droid like he had broken a promise. BB-8 looked from Poe to Finn, to Rey, and back to Poe again.

“He was worried,” Poe said, throwing a hand in the air as if to acknowledge that her blaming a droid was just a momentary distraction and, eventually, Rey would have to say somet…
Post a Comment
Read more

Everything We Need: Chapter 2-The Way Back

Through tears, she whispered, “Ben?” and then gasped her breath back in, as if she could take it back.
But it was too late. The tears were coming easily now, but so was something else. Determination, maybe?
“Ben, where are you?”
“I don’t know,” he said, now sounding further away.
“BEN” she started to run, she wasn't even sure where she was just following his voice. She began to shout.
“WHERE ARE YOU?”
“I’ll find you again,” he replied from even further away, the “again” fading like smoke where there had once been embers.
“Ben?” she asked again, knowing this time there’d be no reply. But still, she needed to ask it, just to hear herself repeat his name, finally, after all this time.
She felt the pull back to her reality.
“Rey, come back to me.”
It was Maz, who was shaking her gently. Rey opened her eyes and saw Maz. Then, she looked around the room, confirming to herself that she was back.
“I’m ok,” Rey said, wiping her face with her hands. “I’m ok."
“Did you hear all of it?” Rey asked af…
Post a Comment
Read more